Dhaka (formerly Dacca) is a city of over 12,000,000. These pictures catch only a bit of the waterfront and the mansion called Ahsan Manzil as it was about 1990 after decades of decrepitude. 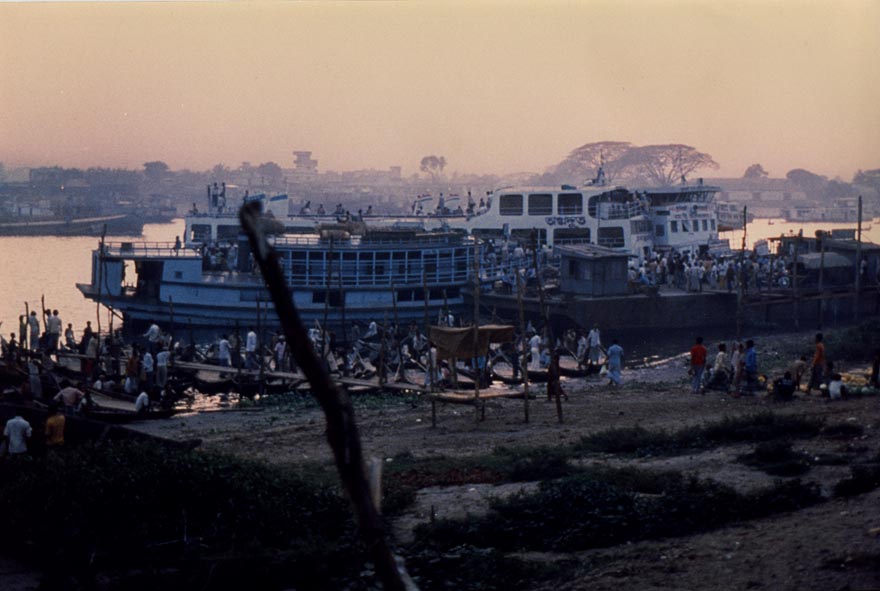 A brighter picture would be false. The air was thick when this picture was taken from Sadarghat Road, formerly Buckland Bund. The ferries are setting out into the Burhi Ganga, the distributary of the Ganges-Brahmaputra that flows by Dhaka. 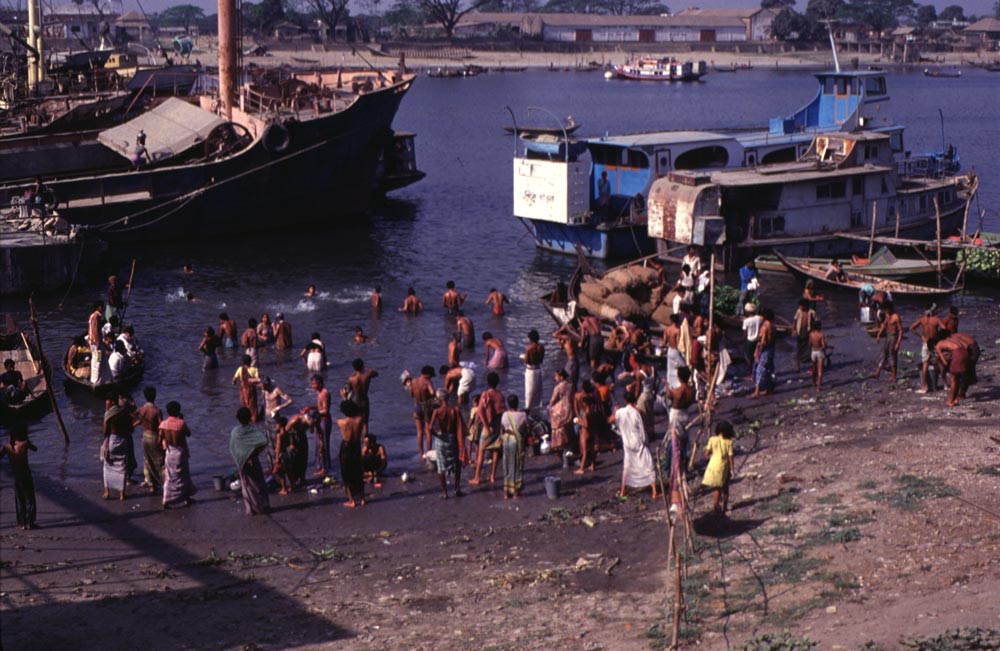 Upstream a bit, on a somewhat better day. 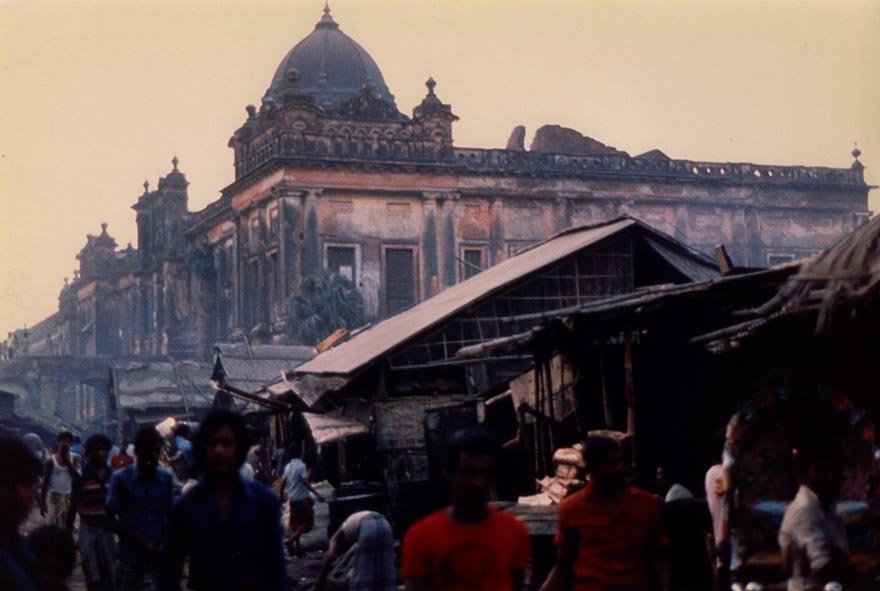 Along the same waterfront: the Ahsan Manzil was built in 1872 by a Kashmiri merchant named Abdul Ghani, who named it for his son Ahsanullah. In 1875, Abdul Ghani was given the hereditary title Nawab of Dacca because of his loyalty to the British in 1857. The mansion has been cleaned up since these pictures were taken, but it was better like this, a ghost emerging through the haze. 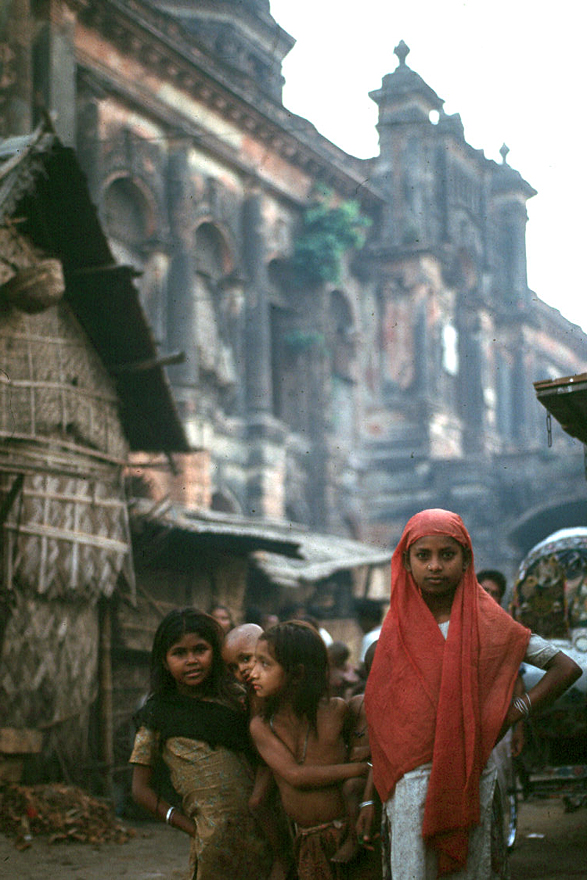 Like the phrase "basket case," the label "squatter" can be heartless. The hundreds of people who were living in or around the old building were subsequently evicted. 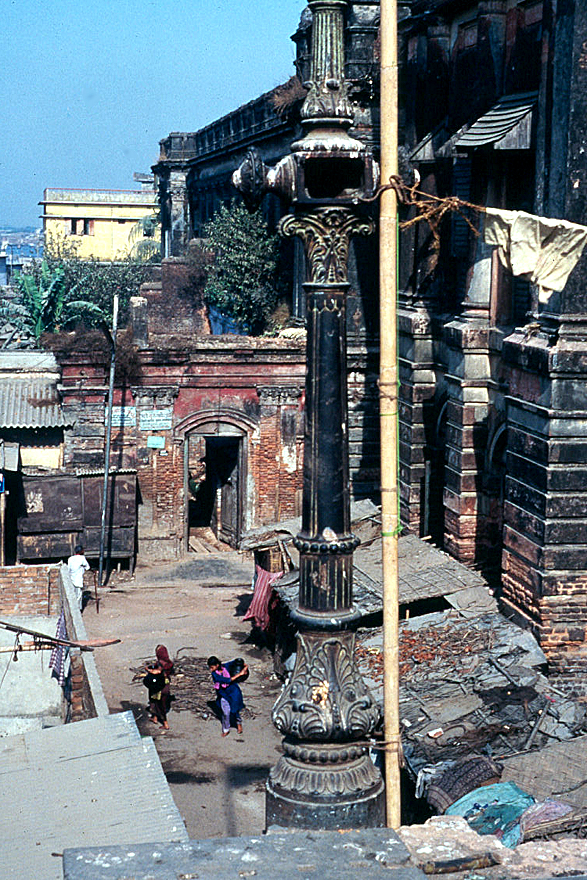 An old lamp-post out front. 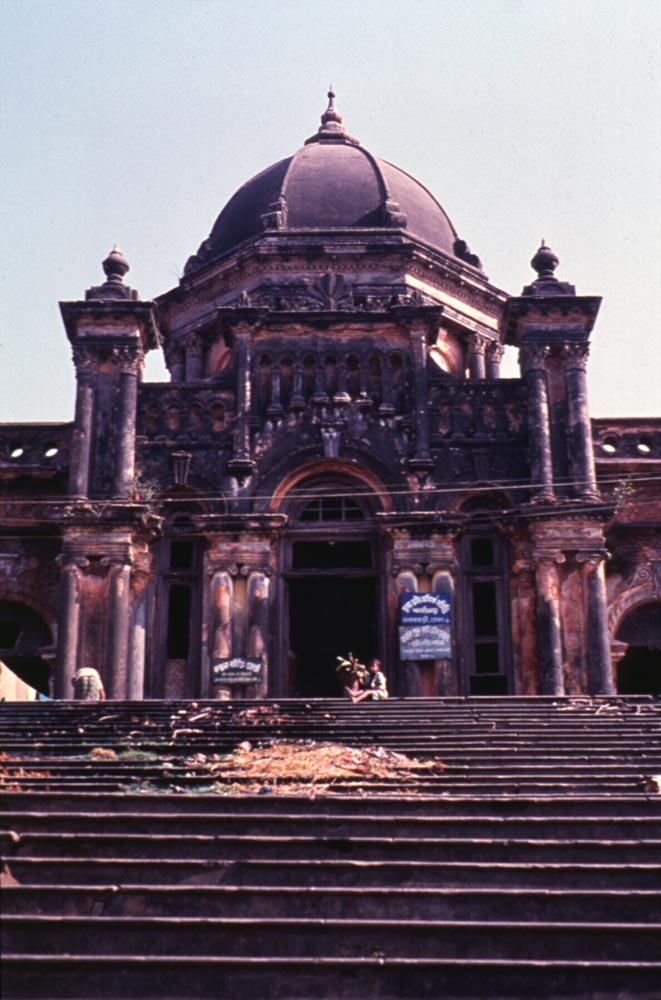 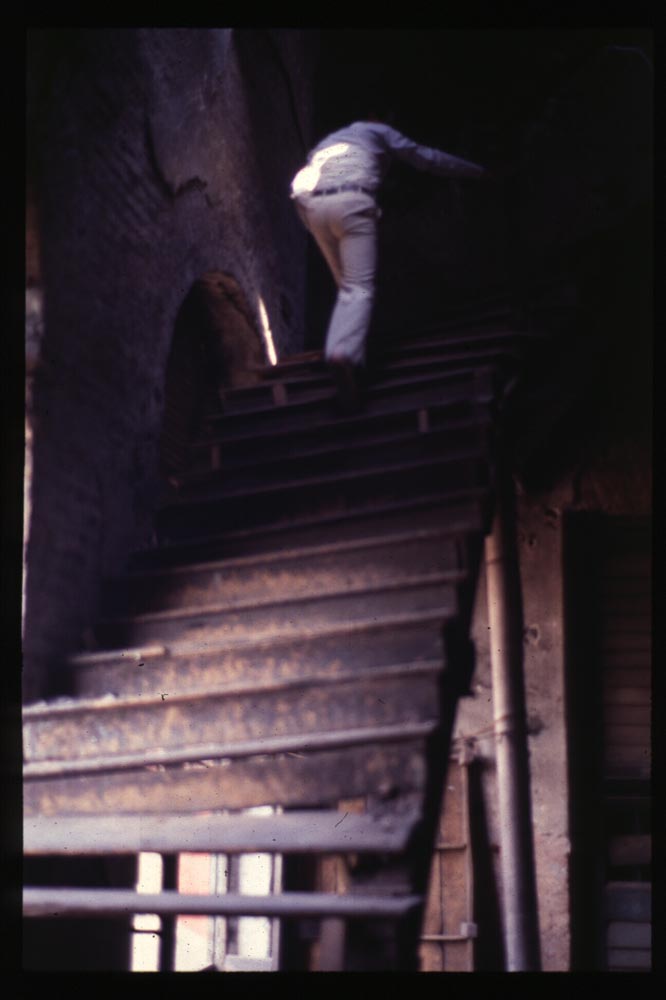 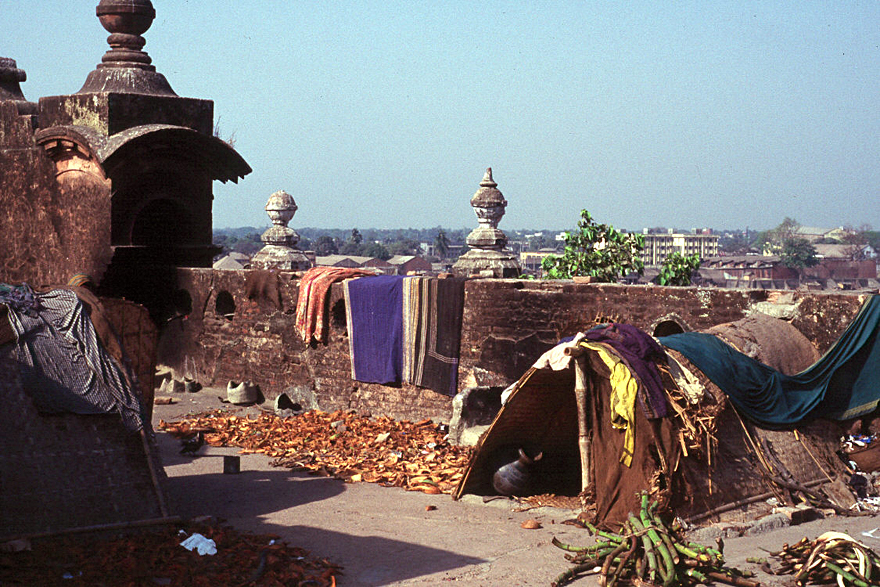 Up on the roof: more homes. 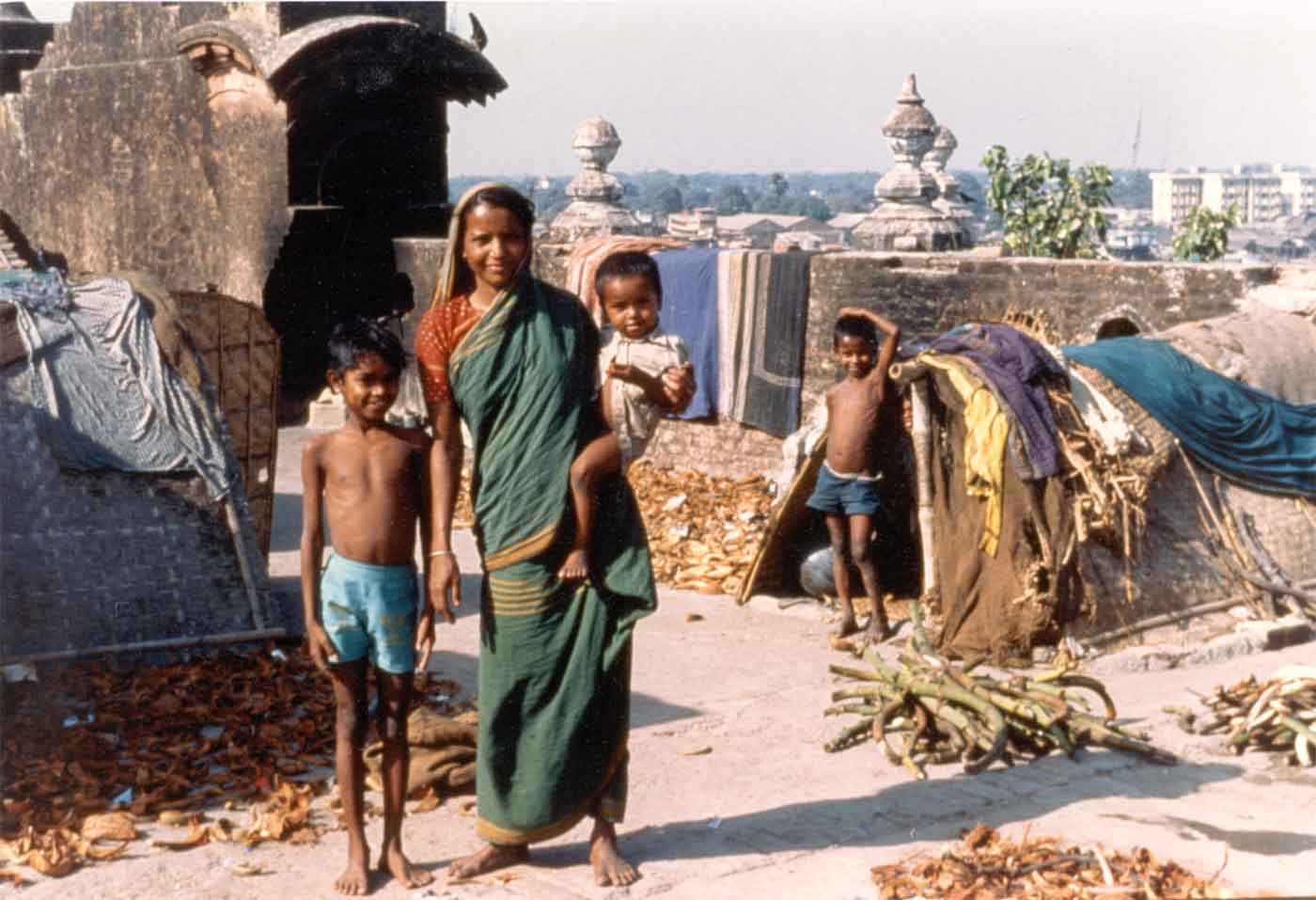 Happy to have their picture taken, and a handsome picture it was. Where did this family go after the mansion was cleaned up?