Kushtia is a Bangladeshi administrative district wedged between the Indian border and the Ganges; it is also the name of a riverside town in the district. Early this century, the family of the poet Rabindranath Tagore owned Silaidaha, an estate only a few miles from Kushtia town. The house is now a museum of modest interest; from the cupola, however, you can view the fields and river that Tagore saw when he wrote (and translated into English) the poems that won him the Nobel Prize in 1913. 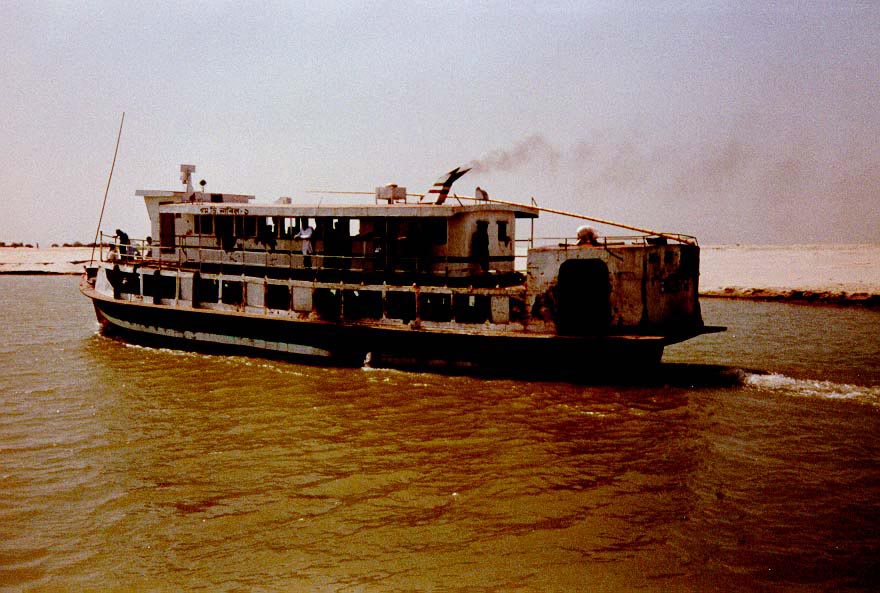 The highway west from Dhaka to Kushtia comes abruptly to the Brahmaputra (locally called the Jamuna) River at Aricha, just above the river's confluence with the Ganges (locally called the Padma). Very informal ferry berths move around seasonally with the fluctuating edge of the river, and the ferries themselves head in several directions. Here is the approach to the Goalundo Ghat, on the west side of the Ganges. Goalundo is the railhead for a system than once brought passengers from Calcutta. From Goalundo they took ferries all the way to Dhaka. 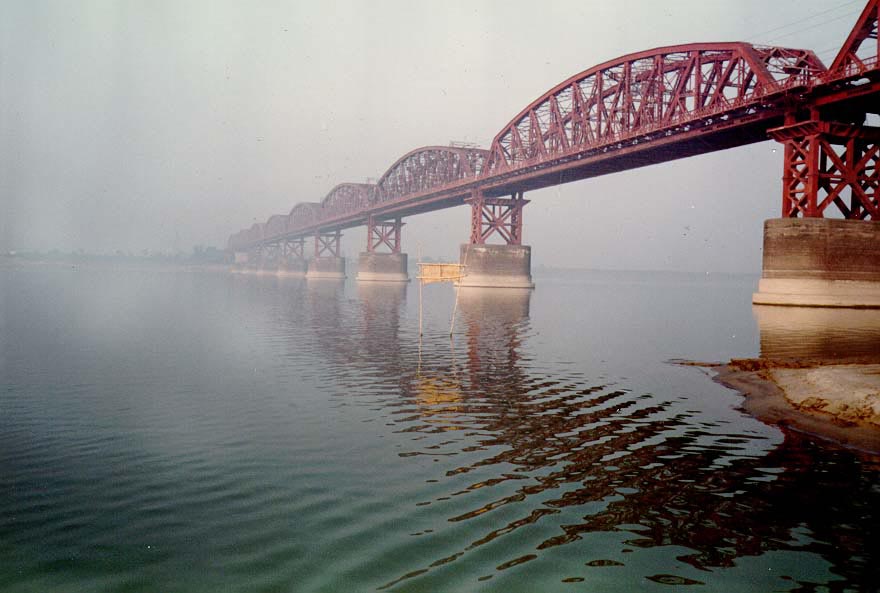 Upstream on the Ganges some 40 or 50 miles, the Hardinge Bridge crosses the Ganges a few miles beyond Kushtia. This railway bridge, opened in 1915 by the viceroy, Lord Hardinge, was one of the biggest bridges built by the British in India. Its 15 sections stretch 5,900 feet, and the piers were sunk 160 feet below low-water level to stabilize the structure against the shifting river. Kipling somewhere in his days as a journalist wrote a long piece in the heroic vein about the construction of a similar bridge in the Punjab.

Partially sabotaged in 1971 by retreating Pakistani forces during the Bangladeshi war of independence, it was repaired and is now back in use. 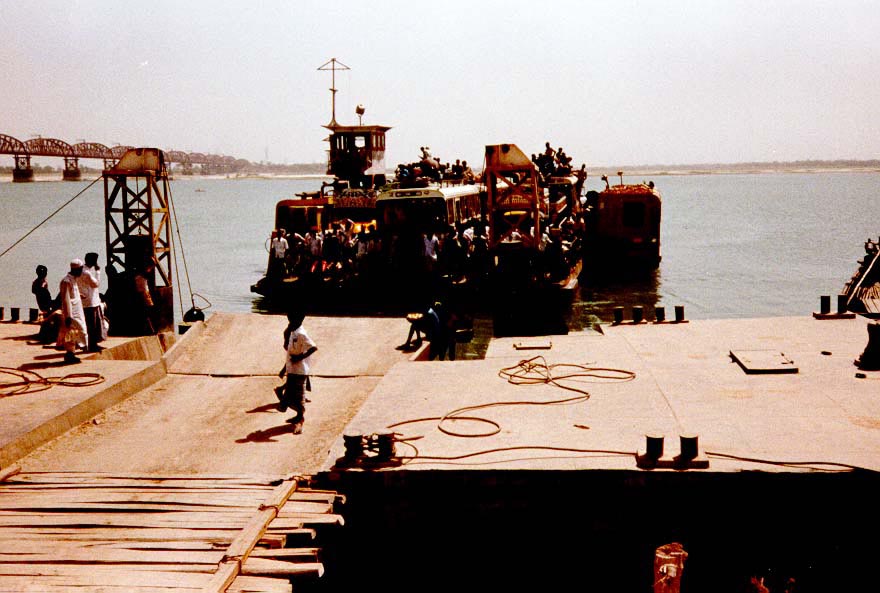 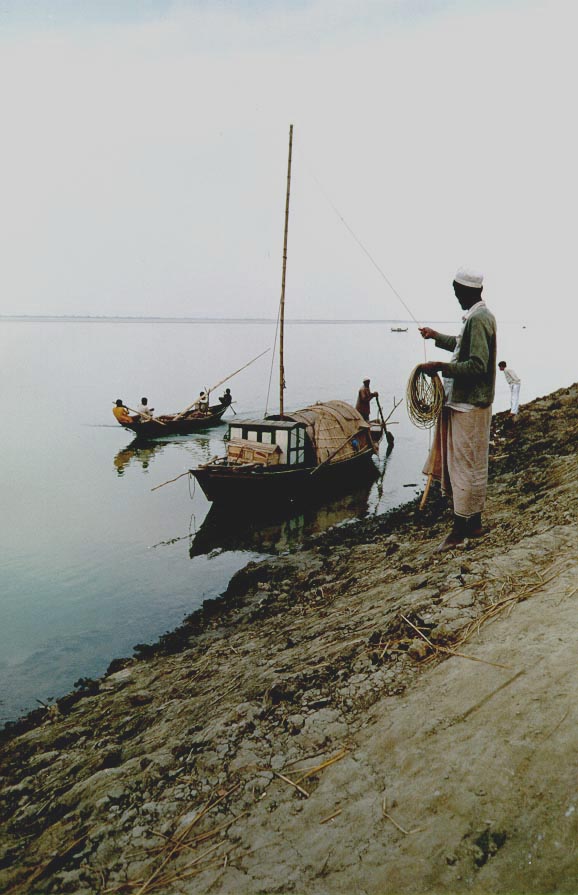 Downstream some more, near the Tagore home, the vessels grow smaller. 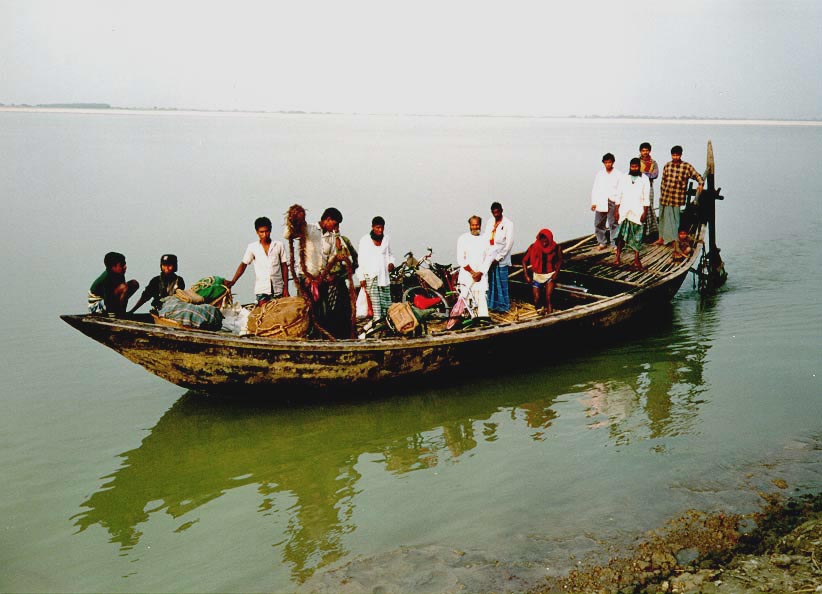 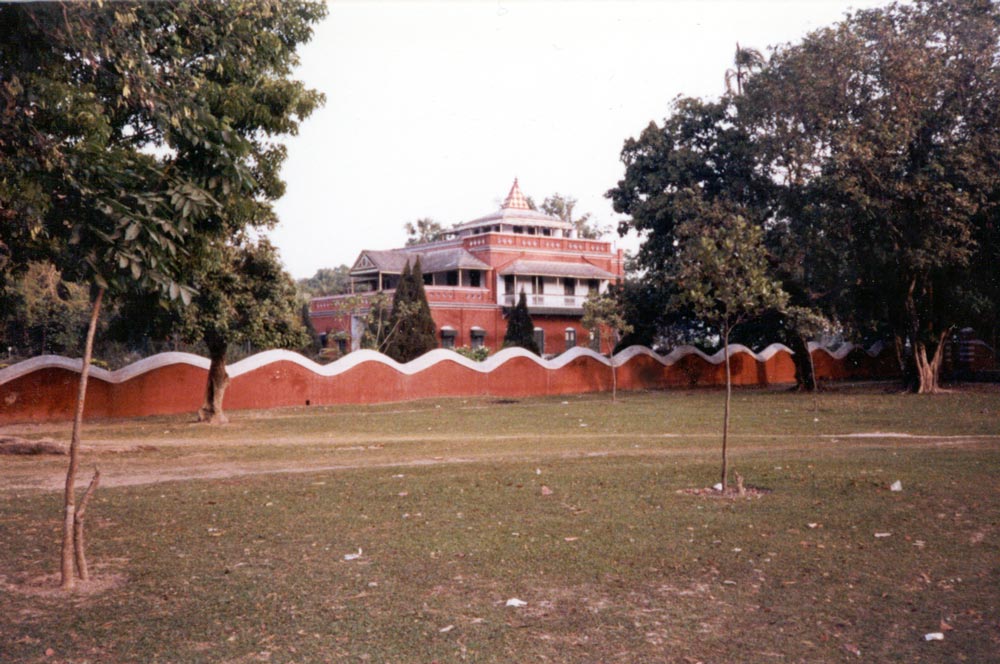 A few hundred yards away, the Tagore house. The peace and quiet are very loud. 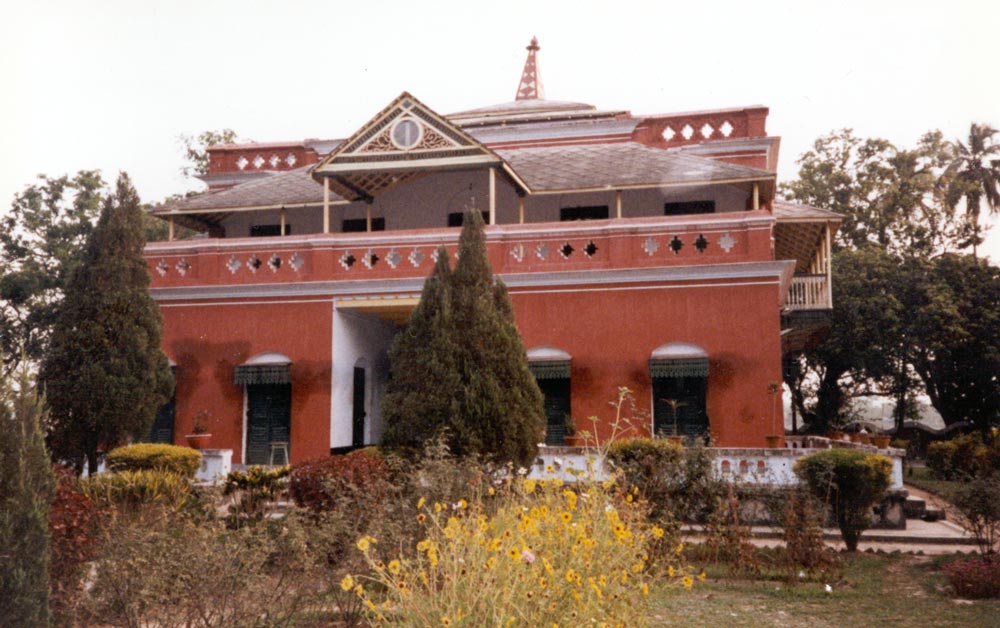 Inside there isn't much of interest, apart perhaps from a lawnmower made a century ago in New York: call it flotsam and jetsam from an early phase of globalization. 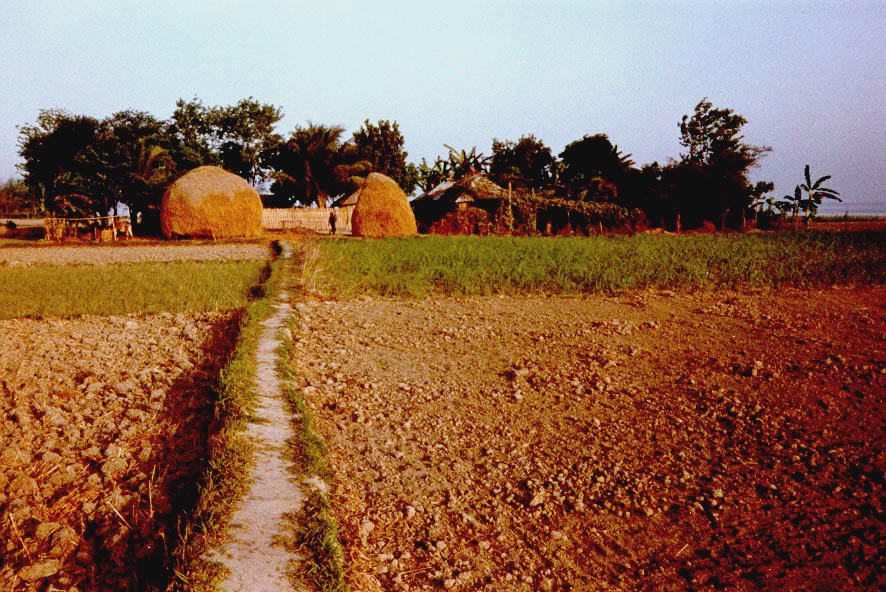 The countryside is more interesting than the house. This is a dry season picture, with fallow fields and mounds of rice straw in the background; the path is elevated in anticipation of flooded paddies. 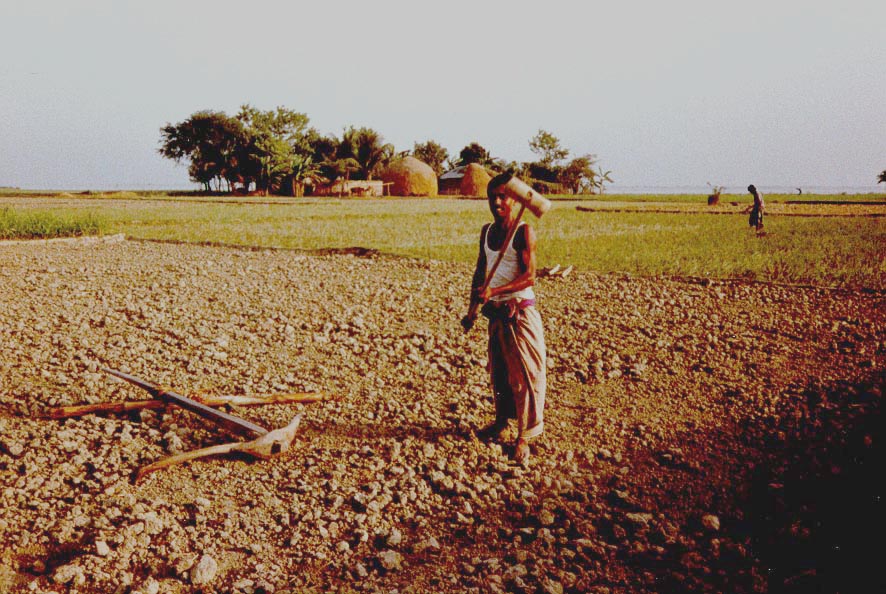 The same farmstead but now with a hint of the work that goes on season after season—in this case breaking clods with a wooden mallet. Tagore loved this place but despaired of the social stagnation of the workers who sustained it. 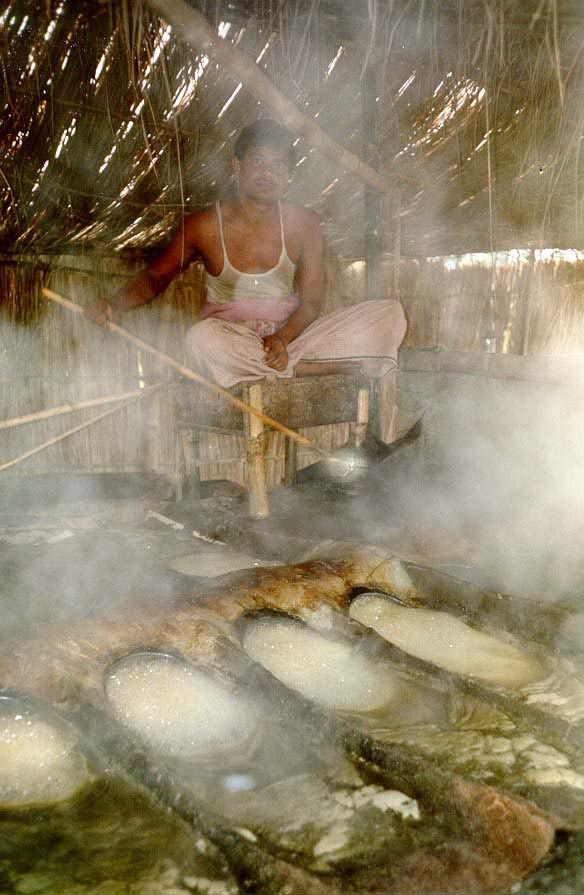 Serious business: sugar is a major source of income here, and it is semi-processed by boiling to a syrup in sheds set in the fields. 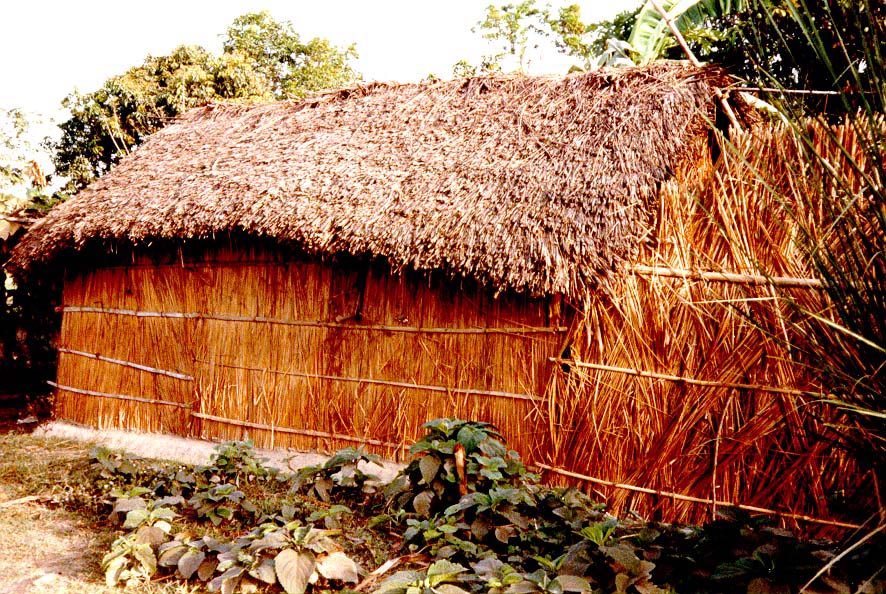 Nirad Chaudhuri wrote of house-proud Bengali peasants who took meticulous care of their homes, whether of thatch or mud. His memories were of a time now a century past, but the house here is about as perfect an example of a thatched hut as can be imagined. 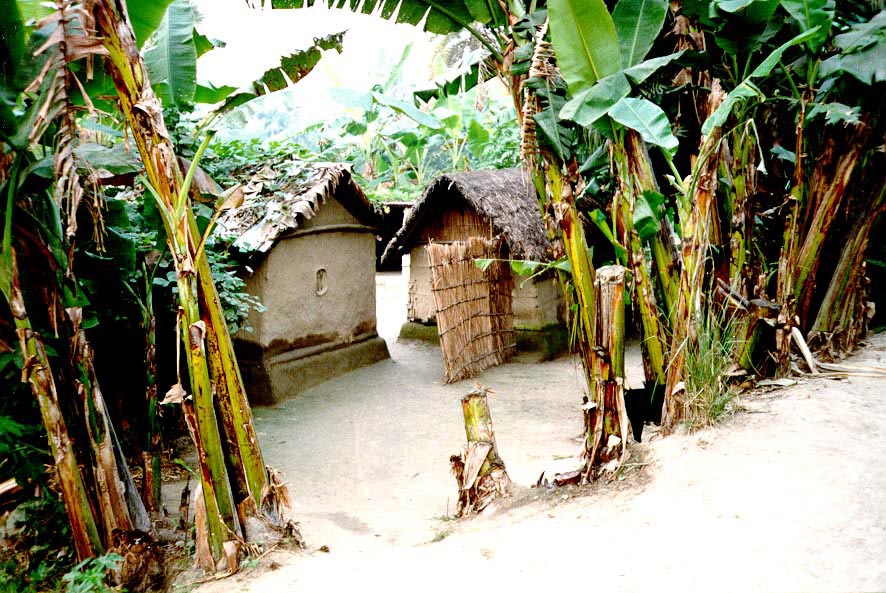 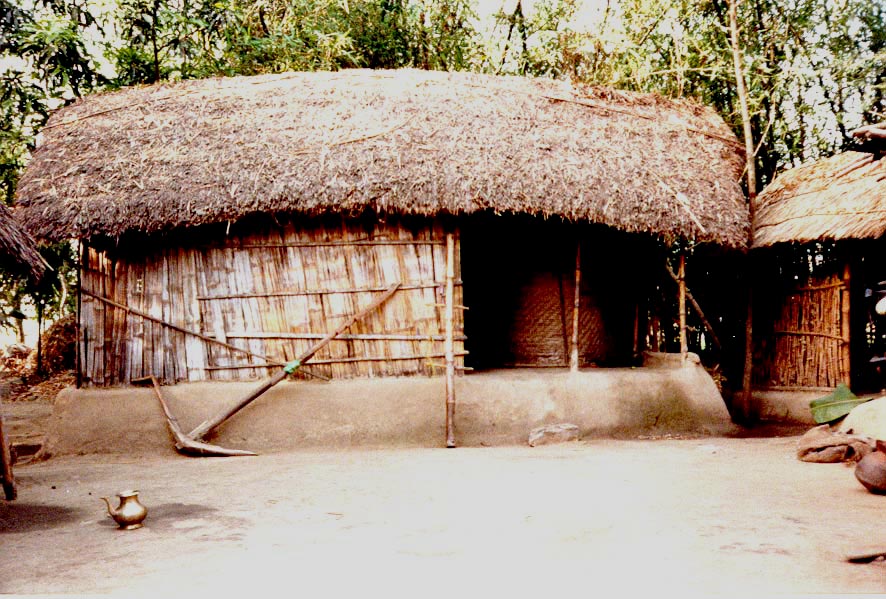 A farmstead uthan or courtyard, with implements arranged with the simplicity of a still-life. 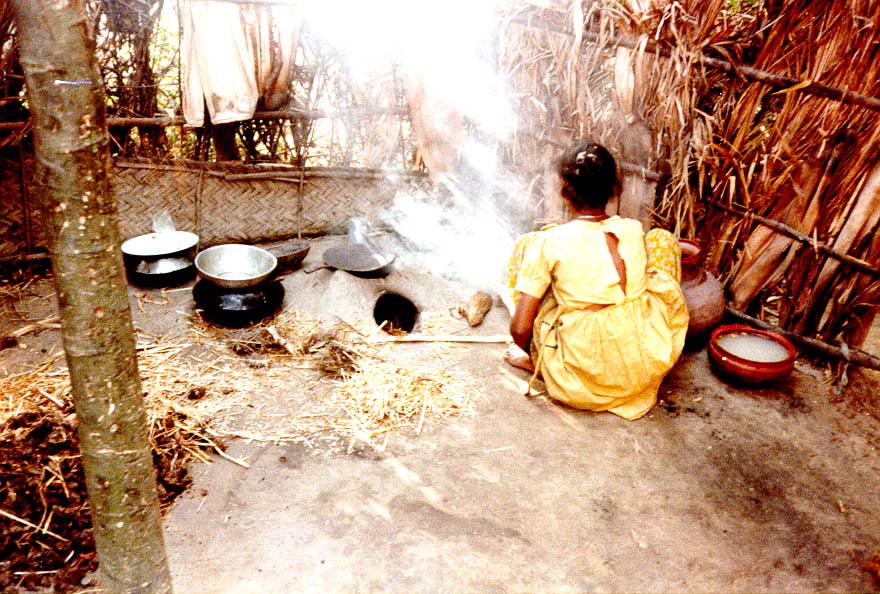 In a corner of the same compound, a girl cooks. 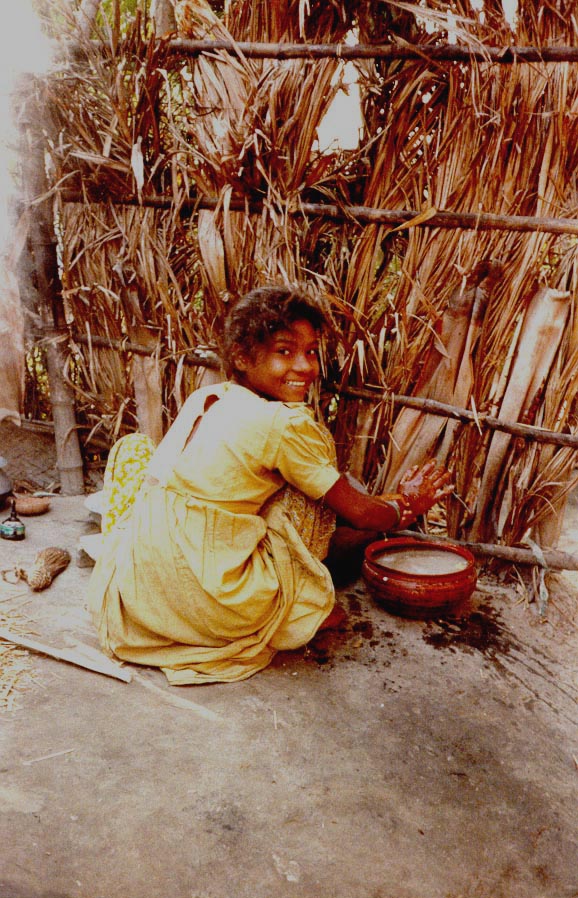 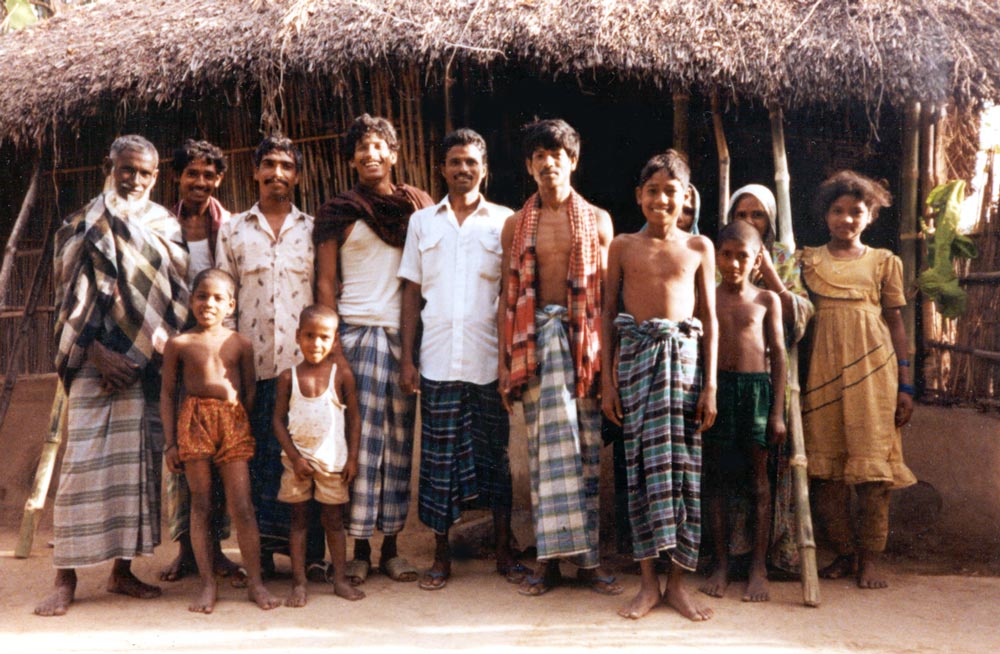 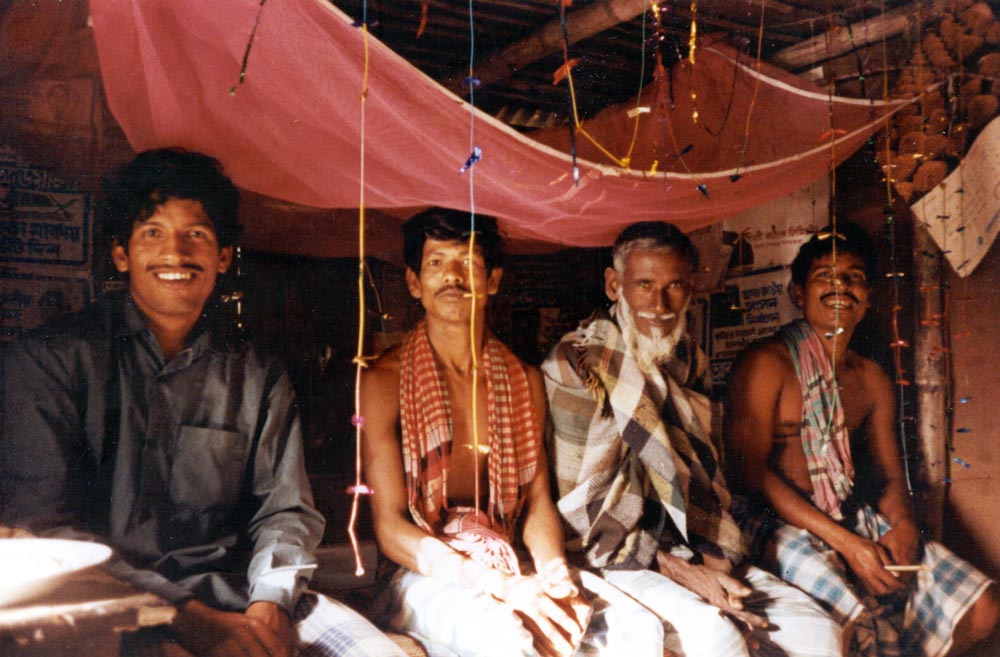 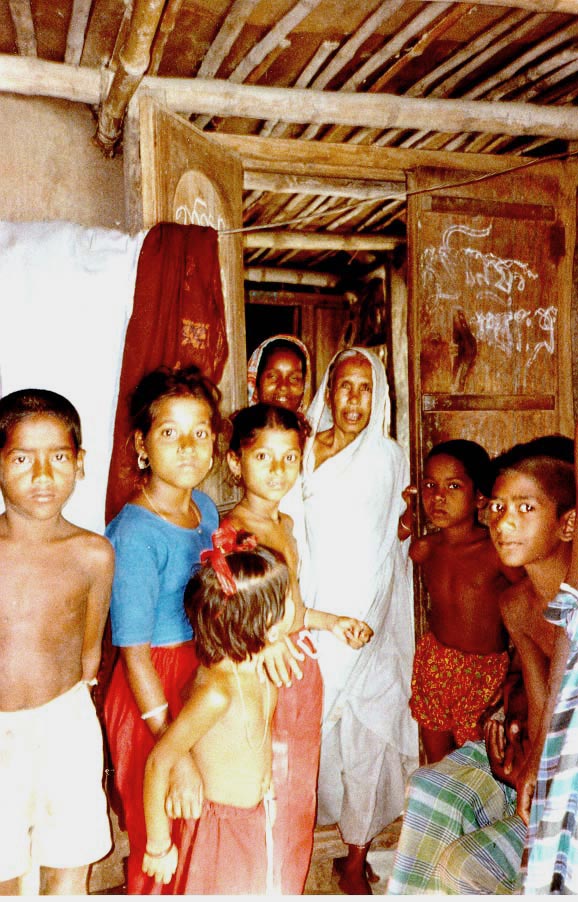 A widowed mother comes to offer water and puffed rice.